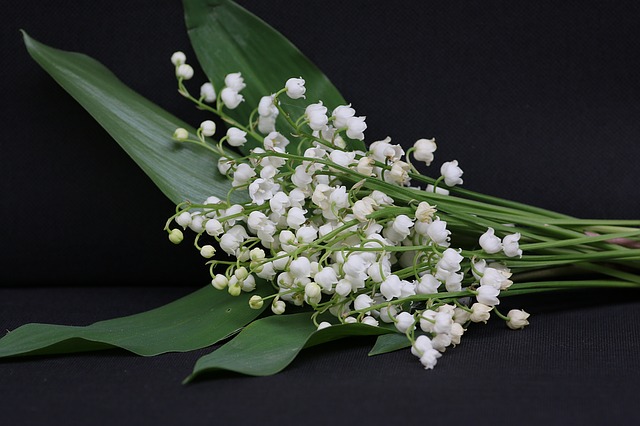 May Day celebrations have long celebrated youth, spring and flowers. From the mostly forgotten American tradition of hanging May baskets on the doors of your friends (or would-be lovers) to the elaborately flower-festooned maypoles of Britain, flowers herald the resplendent days of May. The French practice the particularly charming tradition of exchanging lilies of the valley, or muguet (pronounced moo-gay) on May 1st. The almost 500-year-old tradition is officially known as Fete du Muguet.

Sweet smelling, usually white, and shaped like delicate, lace-trimmed bells, lilies of the valley are thought to bring good luck. The tradition seems to have started in the mid-sixteenth century when the young King Charles IX was given a sprig of muguet for good luck. He continued the tradition in the following years, gifting all the ladies of the court a spray of the exquisite flowers on the 1st day of May.

Current tradition dictates that the flowers should be anonymously left at the doorstep of your intended. The brin de muguet (sprig of lily of the valley) can suggest more than friendship but always symbolizes good luck. On May 1, Lily of the valley vendors spring up almost as profusely as the flowers themselves. This is both a testament to the popularity of Fete du Muguet and a recognition of Labor Day, which also falls on May 1. As a nod to workers, street vendors are allowed to sell muguet, on Labor Day only, without a seller’s permit and without paying taxes on their sales.

At a time in our history when it is ever easier to withdraw into our electronics and neglect our real-world friends, the rituals of Fete du Muguet have never been more relevant. Friendships are often relegated to the back burner, they are our last priority after work, spouse, children and even pets. This is both tragic and unhealthy. Social connections have a measurably positive effect on our health and happiness. Participating in a 500-year-old good luck ritual reaffirms the sacred nature of our friendships.

Lilies of the valley are a particularly apropos symbol of friendship. The flowers are fragile and subtly beautiful. They don’t stand alone. Each stem of muguet has five to fifteen flowers. They share the same lifeblood. They are connected. Unlike the showy rose or the exotic orchid, you have to look closely at the diminutive lily of the valley to appreciate its humble beauty. Fortunately, this charming flower and the equally charming affirmation of friendship they symbolize are both thriving.

Want to go to Southern France? 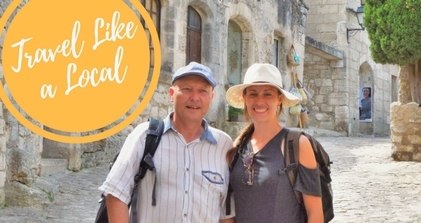